What is a fuel tax bond?

A fuel tax bond is a type of commercial bond that guarantees transportation companies pay their fuel taxes.  This is different from your typical auto insurance, instead it is a specialized type of guarantee.  This guarantee is issued by a surety company (think a very large insurance company, like AIG or Zurich).  This guarantee provides that the obligor will pay their taxes to the government (known as the obligee).  Given the complexity of the fuel taxes, this bond is required by all state governments so that the transportation companies pay their taxes.

What is the Proper Time Frame for a Corporate Fidelity Bond?

It seems that it is easy, in the practical world, to determine when a corporate fidelity bond is truly valid.  The time period should be covered directly by the terms that are located within the bond application and upon the bond declaration itself.  These documents should state, in precise terms the time that the bond starts and when it stops. 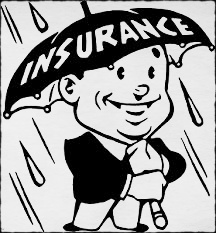 However, the reality of the real world is not quite so simple.  The old forms, which are still used by several companies today (I guess that they just haven’t updated them to match with the most current times), still have some ambiguity as to when the bond actually starts.

When Does a Bond Start?

The different terms used by a bond can lead to some difficulty in determining when the bond really does start.  The question inevitably arises as to whether the bond starts as of the day of application, the day of approval, or the day in which the bond is actually drafted and sent to the Principal.  The different cases have, of course, tried to interpret when the bonds are effective.

In the Fancher v. Kaneen case, 5 Ohio 614, the court held that if the bond (a corporate fidelity bond on behalf of a bank teller) was silent pursuant to the effective dates of the bond, then the Court has the discretion as to when the bond should start.  Thus, the court used a facts and circumstances test regarding the parties and what their intentions were as of the time that the contract was entered into.  Thus, when the bond was given regarding a bank teller to be appointed, the bond should cover the period in between when the bond was issued and when that person was actually confirmed as being hired by the board of directors. 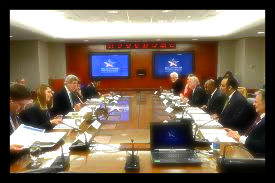 When Does a Bond End?

A bond will generally end as of the date specified in the contract.  That is, unfortunately, not the end of the story.  Instead, there are also caveats as to when the claim is made.  For a claims made policy, the claim must be made in the same year (or within a year) of the policy itself, or when there was a reasonable amount of knowledge that there would be a claim made on the policy.  Compare this with a “standard” policy, which provides that any claim made within the statute of limitations is valid.  That statute of limitations starts when the act was performed, which is much different than the “knew or should have known” standard.  But in general, a claims made policy has a much stricter time limit to make claims on the fidelity bond. 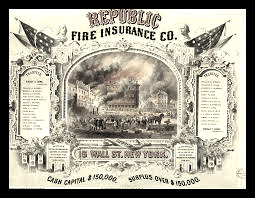 The time frame for a corporate fidelity bond is not as cut and dried as it would first seem.  Instead, the time period can start either on the date specified in the bond, or if no specific date is specified, then on the day the bond was issued (or delivered).  The end date is written, but there must also be attention paid to when a claim is to be made under the bond.

Iconic One Theme | Powered by Wordpress